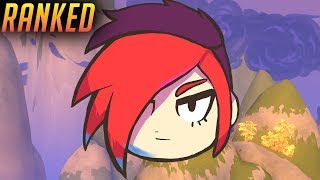 [0.03]
it's about time [Music] I can get us out of here alive stay close and follow my lead [Music] that bad

[57.11]
where the hell's well we just lost that entire side of periods even in love

[161.46]
the strap may actually be they just not not push it all just give it up save our morale

[186.59]
hang on boys does my shield block the terminus swings is that a thing like actually I don't know doesn't that's enough of it does

[345.23]
capture point spawning in the game sounds too loud okay I forgot to lower it leave there you go in there yeah um three

[363.91]
hey thanks thank you for the subs check outside cute Kieran and cats meow thank you so much for something I shouldn't - out there I actually just press my f button and thought about it

[471.02]
nice hitbox fucking nice literally on the other side of me

[667.88]
either on fortress breaker the other thing that extends the range on Ash

[874.34]
fucking turn around Victor deal with that oh we're living on the edge now boys crisp rag it out

[986.62]
fuck off oh I think of me shield reset because I had a siphon call bullshit is terminus Haven our blast boys

[1044.709]
I should have Alton I didn't have a note though I wanted the whole as soon as I saw all four of him I was like honey at all

[1092.84]
fuck you fucker I got a touch like I was looking at the Leon too much I was looking at that Leon like damn I want to bash it over there and get her I don't think I could even shield the term off could I can I have shielded that where's it just everything in the range I might have been able to yeah yeah I didn't know to shield it