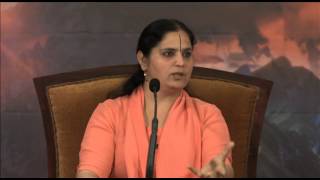 [0.0]
In Almora district there lived a Mahatma, called Neem Karoli Baba. An American, who experimented on chemical drugs and with whom the hippy culture started, travelling in India, reached Baba in Almora. Babaji always used to have a blanket wrapped around him. Baba Now, when this man reached him, one day he asked Babaji if he could offer LSD to him. Tablets. The father of LSD - I am talking about him. Babaji said, “Give me!” Now the one who himself, to induce chemical intoxication, would take just one tablet, the effect of which would stay for hours, bring unconsciousness for the next 8-9 hours. So many different colours could be seen within, bringing ecstasy; as the chemicals were released inside, the experience of joy would occur. He held the packet of tablets in his palm and offered it to Babaji, asking him jokingly if he would take 2 tablets or 4? 2 tablets or 4? Babaji picked up a fistful of the tablets and swallowed them. He was bewildered, because more than half of his packet was over, since Babaji had taken up almost a fistful. After that he sat, petrified, thinking that now something is going to happen to Babaji. He is going to die, could suffer a toxic attack or don't know what. He kept watching Babaji waiting for something to happen. 2 hours passed, 4 hours passed, 6 hours passed, 10 hours passed, 24 hours passed.

[135.84]
You say that having this is greatly enjoyable, but, nothing happened!” This English chemist became his disciple. and He then gave up all the LSD, intoxication and all the nasty stuff that he had propagated in America. And since Neem Karoli Baba was a great devotee of Hanuman ji, everyone in this group adopted Hindu names Someone became Durgadas, someone became Lakshmandas, someone became Ramdas. Even today they travel throughout America doing Sankirtan and Kirtan. And they understood that the yogi’s wisdom, his samadhi, is not slave to any kind of intoxicant. Those were such drug tablets that just two or three of them would be almost fatal for a person and Babaji swallowed two fistful of such tablets, and said, "Where is the pleasure in this! You said that this is enjoyable but enjoyment never came! When does it come? How long does it take to come?!"

[213.22]
Later he wrote a lot of books and travelled all over America doing kirtan and sharing this story with everyone, that the intoxication we were searching for in LSD is nothing compared to the intoxication of chanting Lord's name. All worldly bars fall short, pales away in front of this. Because external intoxication, be it that of alcohol, LSD, tablets or injections is a poison which kills the body. Whereas the nectar of the Lord's name, the nectar of dhyana bestows bliss, ultimate bliss. It bestows bodily health and makes mind so carefree that nothing can withstand such zest. Such a mind steeped in the Lord’s name then becomes free from fear, becomes utterly fearless. Because the Lord is mine and I am the Lord’s. The Lord is mine and I am the Lords. The Lord’s form is within me, now why should I fear? Now why should I grieve? Now what should I lament or crave for?

Neem Karoli Baba | Real Life Story of Transformation Worried, anxious, stressed and depressed is the man of today's modern materialistic world whose mind constantly oscillates from one sense object to another in search of peace & happiness. And it is in this futile pursuit that one runs after amassing wealth, building fleeting relations, sensory gratifications and even ends up indulging in drug. But then how does one come out of these indulgences when it is all one knows to be the ultimate source of bliss. Such a transformation is possible only through a ray of wisdom that comes through the benign presence of enlightened beings. Here in this video revered master Anandmurti Gurumaa shares with us a real life story about an astrayed man whose life underwent a complete transformation after his encounter with a yogi. He then further became a catalyst of change helping many to come out of drug . This miraculous incident is a revelation of power of yogi's sadhana, wisdom and transcendental bliss which blossomed not only his own life rather lives of those who came to him. Watch and listen to this insightful excerpt which has been drawn from the Ananda Utsav held at Shimla in 2013. #NeemKaroliBaba #NeemKaroriBaba #AnandmurtiGurumaa
Om Namah Shivaya | 108 Times Chanting | Shiva Mantra

Freakonomics Radio - Would You Let A Coin Toss Decide Your Future?