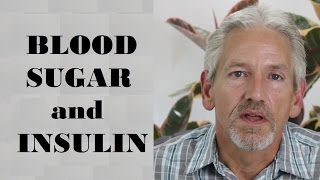 This video is about the difference between blood sugar and insulin. There is a fairly common misconception that insulin and blood sugar are basically the same thing. Many believe if blood sugar is low, insulin will be low, but that is not always the case. In fact, insulin and blood sugar are often very different and this fact goes to the very heart of the obesity problem and the heart of the type 2 diabetes problem. You need to understand this concept and more importantly, you need to know that while insulin doesn't always track with blood sugar, it does track with body fat. This video tells you how to test for insulin, where you can buy a test, and what you can do to set your mind at ease, if you can't afford a test right now. The written version of this video, with links - "Blood Sugar vs Insulin: what's the difference?" - http://www.buttermakesyourpantsfalloff.com/blood-sugar-insulin/

For rich, creamy, quality Lard, I highly recommend US Wellness Meats’ Pork Lard. It is not bleached, deodorized, hydrogenated, or altered - http://www.grasslandbeef.com?affId=200243

The article I wrote about my actual test - "My Results – Kraft Glucose Insulin Test" - http://www.buttermakesyourpantsfalloff.com/glucose-insulin/

Why Junk Food Is So Cheap

Why Your Body Ignores That Big Belly And Makes You Hungry