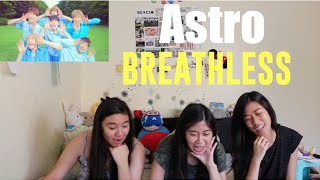 [4.38]
hey it's BAE Becky Emily I mean so far this video we're gonna be doing a reaction to Astros newest music video release for the bum breathless what I don't know anymore but we're gonna start it now I don't know I'm doing his lips are so think they are they're Birds I don't like this

[39.18]
is this like what Rickettsia super blushes a little Oscar uh-huh oh my god how so cute yeah Roger excellent

[60.7]
thank you oh oh they're in the ice job which is kind of crazy it took a little while for me they're like the drinks yeah maybe I run

[92.05]
she has almost straight from his own house a cute dance I could do that yes

[117.74]
illegal wellness so weird their jigs they're literally dreaming go what is she doing Oh cute I know him is she the goose to them

[162.23]
never bring Cubans anything hey what's up formation they're so local oh my god but why no no hurry about this so does she see the drinks as well can she look sallow she's like yeah sidenote she's using her imagination is she killing them then oh she was killing the musician the gene

[252.799]
what is okay at least we see some people confuse because us I'm like trying to fight ya concept the cop who's got down and came up like he was a good concept Buddha I'm like you know they just like oh you're help me like I was like what is they're trying to be like don't treat your so that no that soda no I'm so here I'm used to but I like your constant it was a kill like they're cute still just cute but the girl a little creepy the shoes of Mike just coming them around and then she's like hitting them in check out yeah dude but know how like their debut song this song it's like kind of like cute and fun and springy mm-hmm when are they gonna hit this with like a hot concept yeah that'd be like it's like oh my god they're like it all looks so good somehow it's so young and like wish he like I don't I don't think my heart can take it if he goes hot it's like no please go back go back once you go hot you can't go back no what unit is there like a pun once you go hot you you can't go to you know yeah obviously prob but it doesn't well I don't know oh no whatever is it's okay they all went from you know majority of the rookie groups one cute to look hot baby boy real cute meet you I know I was Mexican oh that's right yeah index oh okay I guess we just have to listen one after another yeah that's pretty good though you know it's still in within the same like realm of time you think yeah I just want to see they do hit it was pretty good though yeah thanks for watching remember to Like comment subscribe and

We are literally (sorta) breathless reacting to Astro's Breathless MV! Astro is fun to watch because we get to see/learn more about this cute rookie group. Also, this MV was very..... UNIQUE LOL. Watch us question everything and try to figure out what's happening omg we are confused like throughout this whole video basically HAHAH Thanks for watching and don't forget to like, comment, subscribe, & request! :) Background Music: Astro- Growing Pains Astro- Fireworks Follow Us on Twitter! Becky's: https://twitter.com/jjunheong?lang=en

F(x)- All Mine Mv Reaction